A Great Day For Science? 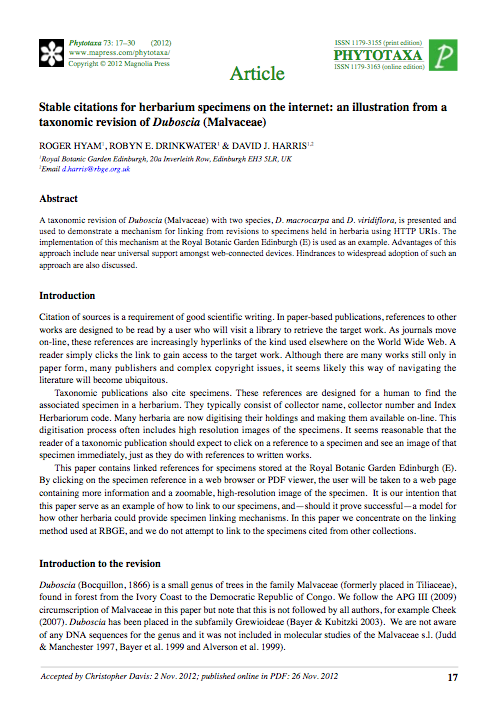 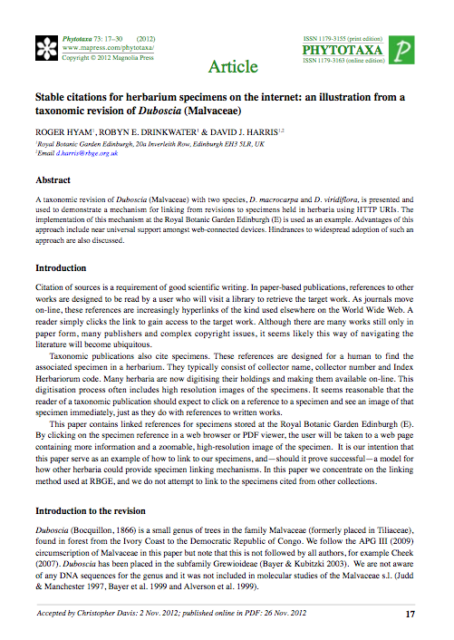 Well maybe it won’t rock science to its foundations but it is nice to have our paper finally published after delays with the proofs.

A taxonomic revision of Duboscia (Malvaceae) with two species, D. macrocarpa and D. viridiflora, is presented and used to demonstrate a mechanism for linking from revisions to specimens held in herbaria using HTTP URIs. The implementation of this mechanism at the Royal Botanic Garden Edinburgh (E) is used as an example. Advantages of this approach include near universal support amongst web-connected devices. Hindrances to widespread adoption of such an approach are also discussed.