A future without species: The acme of my FameLab career 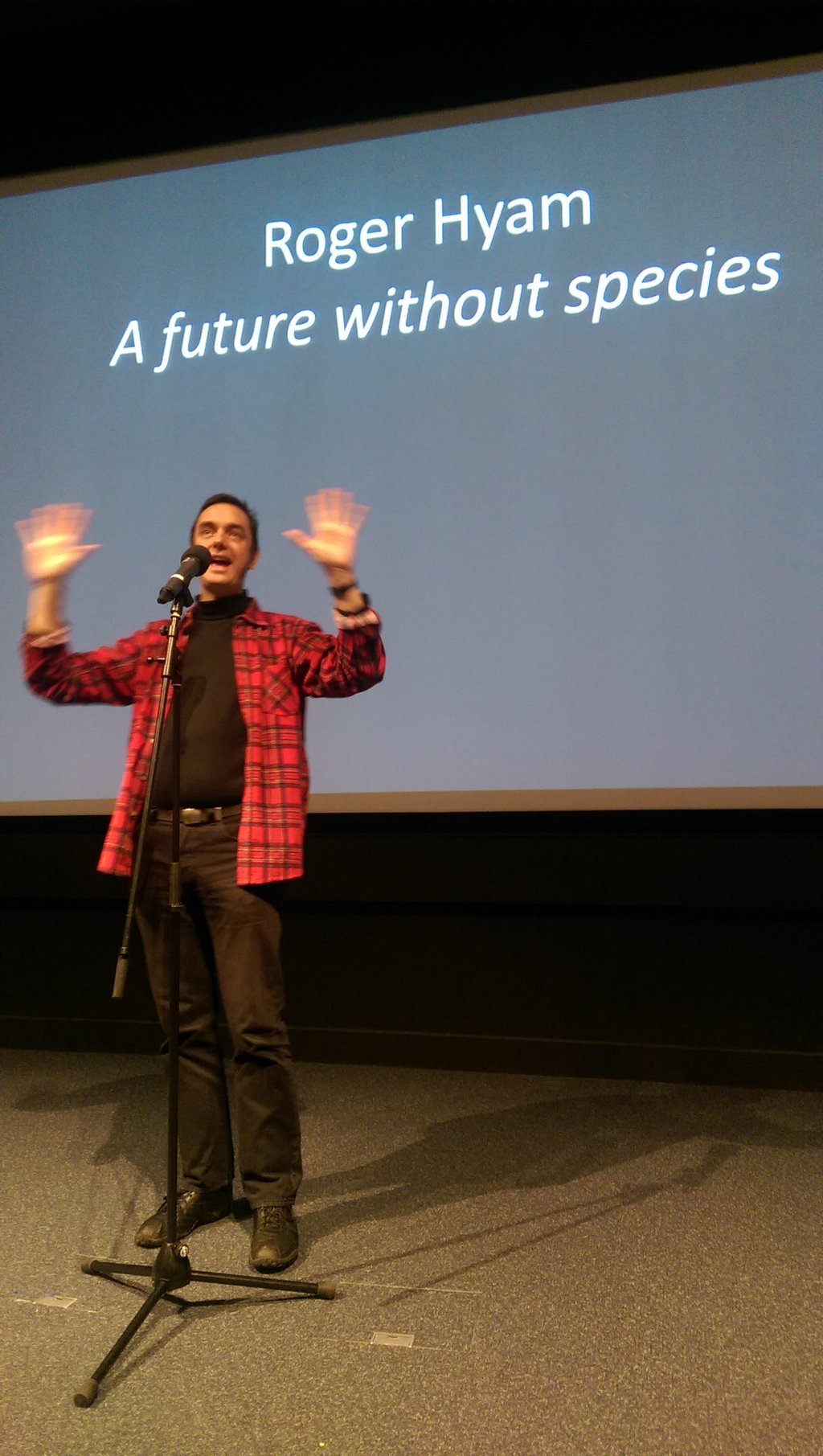 Today I gave my three minute presentation in the FameLab Scottish Final at the National Museum of Scotland in Edinburgh having got through the Edinburgh heat. Needless to say I didn’t win. But reflecting on the whole experience I think it was very worthwhile.  Even after treating myself to sticky cake and a book from Blackwells to recover I can’t quite bring myself to say it was ‘fun’. Maybe fun like going for a run on a cold, wet, windy day is fun. Bracing. Invigorating. You know what I mean.

My plan was to use the microphone stand as an anchor. The video of my last talk showed me waddling about like a duck saying umm. Being rooted to the spot would at least prevent the waddling. Only after I finished did I find the microphone wasn’t on. Apparently I was perfectly audible so it wasn’t the end of the world – although it may have been the end of my hopes of winning – it did have the benefit of making the umms quieter.

My thirteen year old daughter was in the audience and she admitted that she didn’t quite get what I was talking about. A better argument for not winning FameLab cannot be made.

The winner was Frank Machin (@necrobiology) and the runner up “wildcard” was Daniel Olaiya (@DangerOlayer) who also won the public vote. Both gave great presentations and it will be interesting to see what happens next. I liked Frank’s beard reference. Daniel was talking about happiness being more that chemicals – dangerously near psychology/spirituality and exactly where I want to head. I have a theory that mainstream scientists simply don’t want to look at the mind but that is the subject for a whole other blog post.

Thanks to Sarah and Liz from the Beltane Public Engagement Network for making it all possible and the National Museum of Scotland for hosting.

Here is the text of the talk I meant to give – it is about the bounding graph problem:

Imagine a net stretched vertically between us from below the floor to high in the sky.

At each knot in the net there is a diamond like jewel.

Now imagine it stretches in 3D: to and from us filling all of space.

This net is the digital space we are modelling the real world in.

You probably think I’m talking about the internet and in a way I am.

The World Wide Web is way up there in the stratosphere.

Up there each jewel represents a web page and we surf between them.

Down here the jewels represent individual facts stored in databases around the world.

Stuff is happening down here that is changing how we think about and do science.

Traditional science is like storytelling and all stories need characters.

Of course we don’t call them stories and characters. We call them hypotheses and, in my area of science, the characters are called species.

The problem is there are no characters / no species in the information space.

Let me show you what I mean.

Take this jewel here. It is just the scientific name for common daisy – Bellis perennis.

Through the net we can see it is connected to a lot of other facts.

It is so entangled with everything else I can’t tell you what Bellis perennis actually is. It is either just a two words or everything.

When everything is connected to everything else neither humans nor computers can tell where to draw the line.

But how can we tell stories when we don’t know what the characters are?

In the digital space stories are made up on the fly with every question we ask.