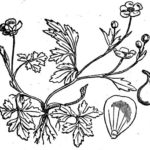 Most people are familiar with a few Zen kōans – the ‘nonsense’ sayings of the great Zen masters that are designed to make us think or rather not think. Their aim is to point more directly to what can’t be said in words. Examples include: “What is the sound of one hand clapping?” and “Does a dog have Buddha nature?”. Sitting silently and bearing a kōan in mind can be a powerful means of expanding our understanding. A kōan that would be useful for those of us involved in the discussions on Globally Unique Identifiers (GUIDs)  at the moment is: What is it that persists when a GUID is persistent? I have been dwelling on this for a while now and I’d like to share some of my thoughts.

I’ll use a comparison between a DOI and a PURL type GUIDs as examples. I am taking two types of identifier to illustrate that we are talking about generalities. This is not intended as a showdown between the two systems.  The arguments apply as well to other systems.

Both these things are supposed to be persistent identifiers. Before we look at what the specifications say lets think about what could persist in the context of these GUIDs.

Firstly they both consist of a string of characters. We can clearly say that the string of characters is persistent through time – or can we. If at some point in the future these particular strings of characters didn’t exist then they wouldn’t have proved persistent. They would have gone! Clearly we are unlikely to know that they have gone because we wouldn’t know what we had lost. There may be hints that there once was a string of characters that was used for an identifier but we wouldn’t know what they were – a little like a missing fragment of the dead sea scrolls. This is all very esoteric. Clearly we will only be interested in these things if at least the character strings are present in the future. Our grandchildren will look at them and want to do something with them.

Next we have the objects that the GUIDs identify. Neither of these GUID systems require the resource or digital object that they identify to be immutable. In fact DOI sell the fact that they do “multiple resolution”. The DOI resolves to a list of resources that dynamically changes through time. So how much can it change and still be considered to be the same thing? Who makes this judgment, the owner of the GUID now or their descendants? LSIDs are different in that they require their data to be byte identical but they also allow the data to be discarded. The LSID authority is required to return identical data every time or to cease returning the data altogether. This definitely isn’t a persistent object in any normal meaning of the word. There is therefore no persistence to be found in the object beyond that abstract notion that something is identified (see also Identifiers, Identity and Me).

What do we mean by resolution failing? I may have a DOI today that resolves to a resource that I use. Tomorrow that resource may belong to someone else who refuses me access to it. The resolution of the DOI still works. It is persistent but just gets me to a forbidden. The same could happen with a PURL. I could get an HTTP status code of 403 (Forbidden) or even 410 (Gone). The identifier is persistent, the resolution mechanism is persistent and the object is persistent but for some reason we can’t have it.

The resolution could just fail with a time out. Now we don’t know what has gone wrong but if the DNS name can’t be found and has no owner and the IDF are no longer picking up the phone we may assume the worst and that there is no official resolution mechanism remaining. What we do today would be to Google for the identifier instead. Chances are we would find the object in question and search engines are likely to get better rather than worse. We now have an unofficial resolution mechanism. Does this count as permanently resolvable? If multiple third parties maintain hashtables of identifiers and cached metadata (or even data) does that count as adding a persistence layer?

What have we got so far beyond a load of questions? We have a string that identifies something that may or may not exist or change. We may or may not be able to resolve (take action) on the string in order to find the object via official or non-official means. So where is the persistence? Why do people use that word?

The DOI Handbook has some clarification on what is meant by persistents for DOIs “Persistence is the consistent availability over time of useful information about a specified  entity: ultimately guaranteed by social infrastructure (through policy) and assisted by technology such as managed metadata and indirection through resolution which allows reference to a first class entity to be maintained in the face of legitimate, desirable, and unavoidable changes in associated data such as organisation names, domain names, URLs, etc.” (6.7.1)

Let us take a look at the social infrastructure parts of the GUIDs. Here I parse out the strings into individual parts.

What I find most interesting is that the only people who promise persistence are people who are trying to persuade you to use their system. The basic message is “don’t trust them trust us”. “You can trust us because we will always work”. In the case of DOIs IDF can only make that promise because they careful define what “work” means. They will return to you (as a client) “useful information” not the resource you want. IDF don’t own that resource and have no control over your access to it or the reliability of its hosting. PURLs are a little more amorphous but the message is similar. This service will always redirect you to the right place but unless the service owns the “the right place” the PURL can do nothing to assure you of what you might find.

It is kind of like the guy selling seagulls on the beach. You give him £5 and he points into the sky and says “That one is yours”. Yes he is providing a service but the relationship that counts is the one between you and the gull.

What we really want is a GUID that works now, today, this moment, when I need it to work. When we say GUID persistence what we really mean is reliability of GUID resolution in the short term. This is something entirely different from persistence for the long term! If it doesn’t work now we will never build a system that is worth preserving into the future. Lets just do the easy stuff now and then migrate it if we ever need to. I believe this is my final word on persistence of GUIDs

Most importantly of all, how have we benefited spiritually from this kōan study? There are two things that are apparent. One is that all is change. All is in flux. The other is that there is only really now. Unless we are alive now we are likely to miss reality entirely and spend our lives living in conjecture – talking about GUID technology instead of building something that works with HTTP URIs!